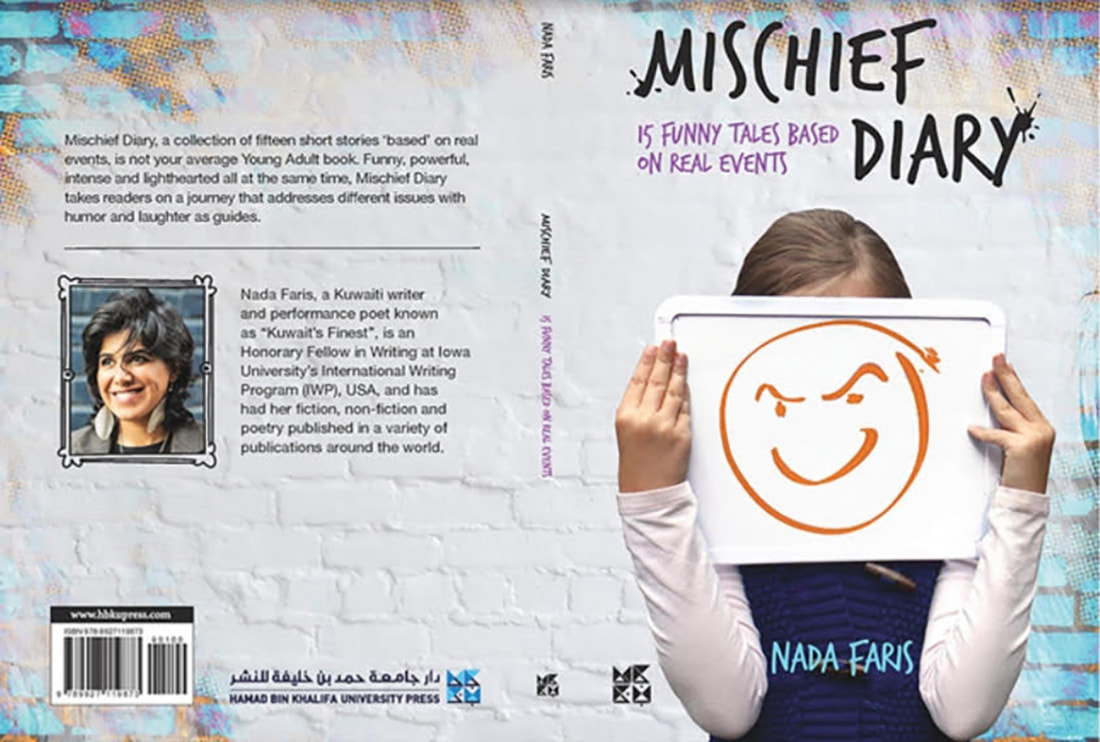 2018 HBKU Qatar
Salome Stranger reading from Mischief Diary​
"Mischief Diary is entirely refreshing from beginning to end, and I found myself going back to reread various tales from the collection of fifteen short stories based on ‘real’ events. While Mischief Diary is dubbed as a Young Adult book, I found its humor powerful, even with those intense moments that, at first, you think make you uncomfortable, suitable for a wider audience, both younger and older." -- bazaar magazine
"Mischief Diary is one of the few books that really deserve acclaim for providing insight into the funny side of growing up in Kuwait." -- Kuwait Times