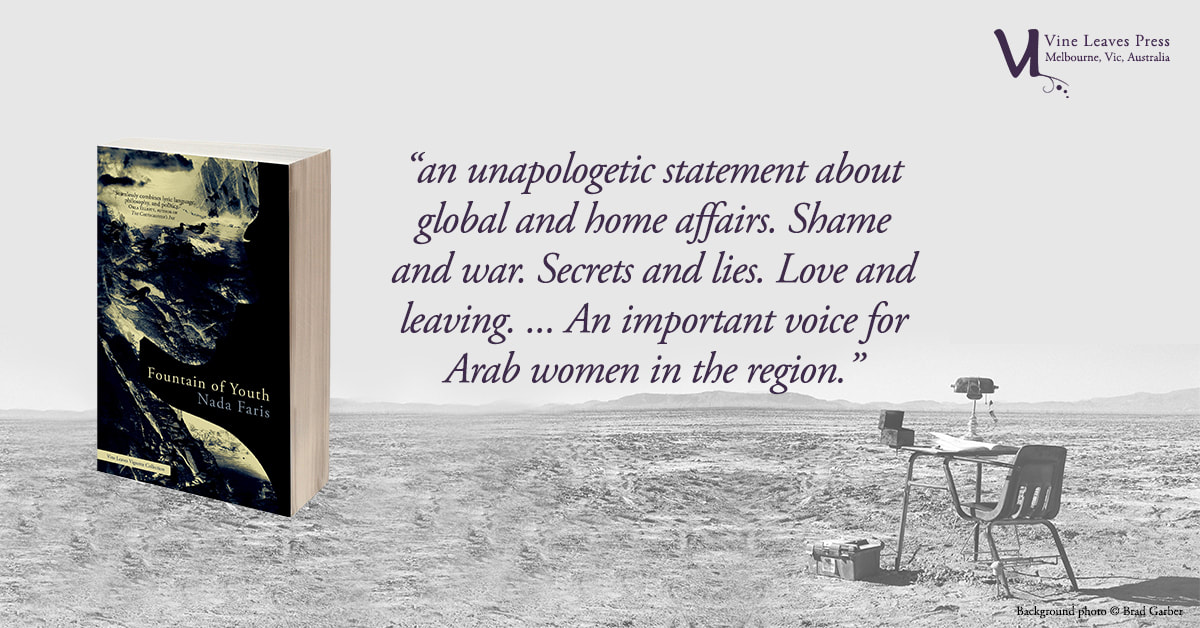 Semi-Finalist in the 2016 Vine Leaves Vignette Collection Awards
"A searing, scintillating account of a highly clique-ish society rife with contradictions, hypocrisies, and intransigence." -- Shurooq Amin, artist, "It's a Man's World" exhibition.
"Faris's collection is an unapologetic statement about global and home affairs. An important voice for Arab women in the region," -- Rewa Zenati, publisher & editor-in-chief of Sukoon magazine.
"Seamlessly combines lyric language, philosophy, and politics." -- Oakla Elliott, author of The Cartographer's Ink.
"Faris's work displays none of the regionalist aspiration that much of post-colonial academia cherishes as she situates her experiences, her place, within the network of this world. We expect this of an English poet of the post-colony and yet her words appear fresh [. . .] Faris's work also displays a ferocity that is often missing from today's literature of the gentry. Her work doesn't just cover the anger or resentment against the political institutions or establishments, but also displays a keen distaste for the optimism (a sort of yuppism) that haunts much of the globalized urban spaces today."  -- Newfound magazine.